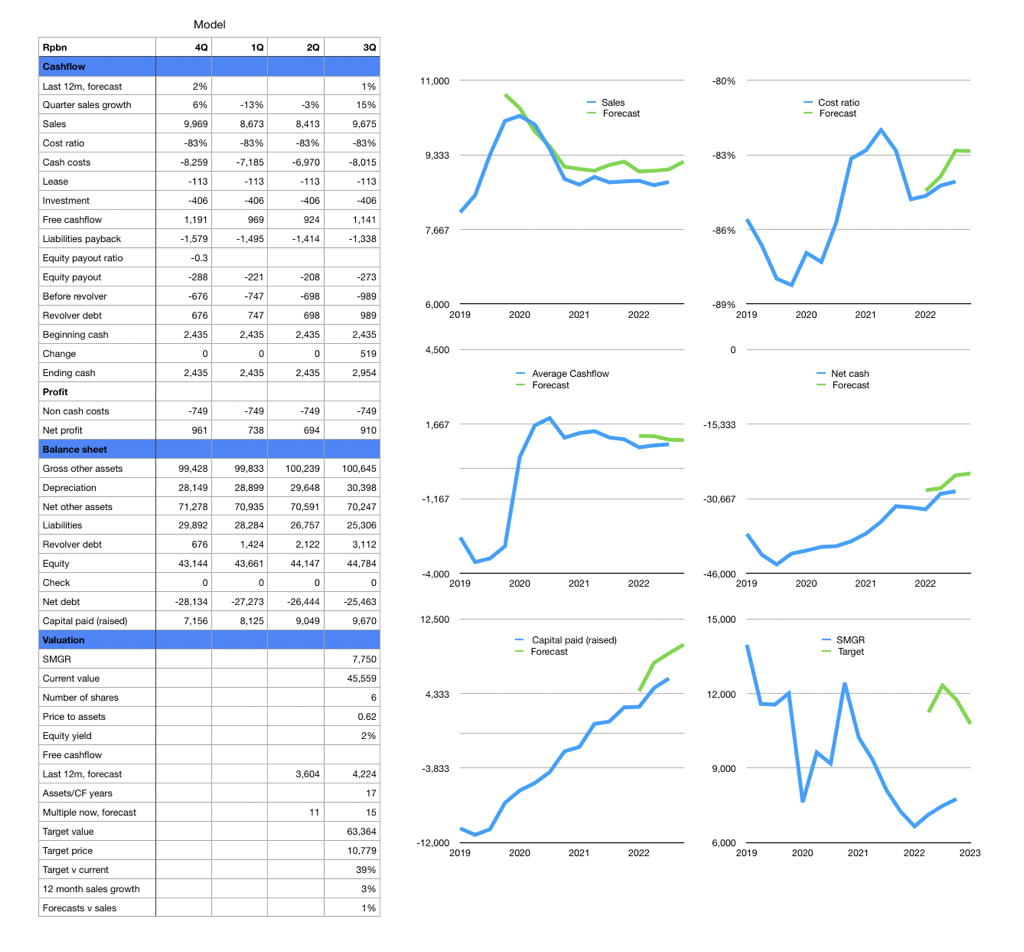 000 🔪
There’s been talk again about the authorities here cutting the 000s off the rupiah. We’ve heard this a few times before & it’s never happened. But it’s now supposed to be next year. Will it make any difference? Not really. You might not know, but it happened before in the 1960s so today’s rupiah rate is really 14m to a $. Here that story.

First rupiah
3
The history of modern day currencies is not as old as you would imagine. The rupiah came into being after independence when there were several competing currencies being used in Indonesia. The rupiah started in October 1946. On the 3rd. The exchange rate to the $ then was just over 3. Imagine that!

Rice
It’s fascinating to watch the development of modern digital coins backed by bitcoins. Money is supposed to be a promissory note backed up by something of value, & paper money in many places doesn’t fulfill that anymore. The very first rupiah were apparently backed up by the future Java rice harvest. History is now repeating itself!

300m
Quite quickly it seems, the value of the currency struggled as more & more notes were printed, both real & counterfeit. By early 1947 there were already 300 million rupiah. Today? M1 is about 1,500 trillion rupiah. That’s an increase of I think about 5 million times. 5m x 3 is 15m. Remember that...

Second
1sr cut
The value of the rupiah went down. During the 1950s the number of rupiah to a $ first tripled to over 11, then the currency was devalued to 50 at the end of the decade. From there it went into free fall. Inflation raced up to 700% by the mid 1960s which is when the rupiah was first cut by 1000 to 1 & the new rupiah came in.

Third?
0%
What might become of the 3rd rupiah iteration? It’s not the 000s which are important, historically it’s the number of notes. Now M1 is barely growing. Into 2019 money growth like everything else has fallen towards 0%. The rupiah depreciation while at times dramatic, never again matched the 1950s & 1960s & has also now reached 0%!

0%
The biggest move in financial markets this year has been the drop in interest rates, towards 0%. Japan & Germany are negative, UK close. Only the US has rates above 1%. Indonesian interest rates have been traditionally high because of the devaluing currency. Now that’s stopped, our interest rates are also falling towards 0%.

Stocks
Nobody I speak to, believes 0% rates is remotely possible... but here as elsewhere, growth is very slow, 0% in $, inflation too. Why not interest rates? No matter the level, rates are falling. As investors have traditionally put money in banks rather than stocks... this move could see the biggest investment switch Indonesia has ever witnessed....

Saham
At the very least, with no easy returns available, investors will have to look harder to find opportunities to make money in their sleep. This is why we set up Sharpfokus & Sharpfokus Saham. We are looking for companies making great cash flow. By next week we will be at 30 companies covered. Sign up now & get the Sharpfokus special discount, Rp500k for 6 months access.

Be a Great Investor!