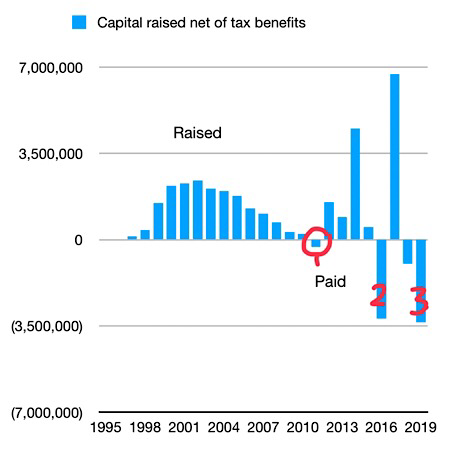 First research
When I had my first equity research job in HK in 1993, I was asked to work on a special project on Asian consumers. When we presented the results the project leader (a Sharpfokus subscriber) used for comparison an emerging business in the US called Amazon. No one paid attention as they hadn’t head of it then. Now they have & here’s why.

An idea
New way
In Sharpfokus Saham what we are looking for in our equity research is the Indonesian equivalent of Amazon. Contrary to what you might think, AMZN is not a story of consumption or technology, it’s much simpler than that. All great businesses start with an idea. Not necessarily something new, but more a new way of doing regular things.

Try
In Amazon’s case the idea was simply to sell everyday things to people & allow them to do it as simply as possible & get what they wanted as quickly as possible for a great price. If you were to write out what any great business should be like, you’d probably write that. The next step was to get started & that’s what Amazon did.

Fast
Speed is the next key. Get up & running as fast as you possibly can. Not because you’re worried about competition, but because you create momentum for your business, because sales is the most important part of any business & thirdly because you want to get as much attention as you can.

Get capital
Debt
You need attention because once you’ve gotten your business idea started & up & running as quickly as possible, the next thing you need is capital. You need capital because you need size. Amazon quickly started to raise debt. Short term debt for working capital & long term bonds. Amazon raised about $1.5bn in debt capital.

Equity
After only a few years, Amazon also listed on the stock market. They raised about $900m of equity in total so about 38% vs 62% debt. What might surprise you though is only $50m was raised in the initial public offer & another $150m from the public slightly later. 80% of the equity came instead from employees via share options.

Tax
Amazon later was able to access capital from a third source which is not available here in Indonesia. Tax. Because of all the wealth created by the employee share options, the government which benefited from the wealth created, paid tax credits back to the company which created the wealth. This is an incentive we lack.

Pay it back
Cash flow
With its business idea up & running & capital raised to grow it big, what Amazon did next is as old as time. They invested everything In growth & generating positive cash flows as quickly as possible. From a simple beginning in books & DVDs, they moved into serving customers well with just about anything they wanted.

Debt
Then Amazon used the cash flow to pay back to investors all of the money they had invested. At the peak in 2002, just 5 years after IPO, Amazon had raised almost exactly $2.4bn. We often ask businesses here what they would do with cash flow & answers are quite varied. AMZN first paid back all the debt.

Equity
By 2007, 10 years after IPO, they had paid back all of the $1.5bn debt. During the debt pay down, capital was still being raised from stock options, but less & ended in 2007. Next job was to pay back equity investors which started in 2006. By 2011 equity investors had been paid back too & more. With help from tax credits, equity investors got an excess of $300m!

Best performer
If you’d put money into growing Amazon, the resulting sales & cash flow had quickly paid you back in full. Equity investors paid back in excess now owned the company for free which generated by 2017 $18.5bn of operating cash flow. After recent acquisitions AMZN has in total paid back investors 3 different times & as a result is the best performing stock in history, valued at 31X book.

​Sebastian
If you know a company like this listed in Indonesia, let us know so we can cover it & please sign up to join us on our search...⬇️
Sign up for Saham